National Geology and Mining Service (SERNAGEOMIN) - Public Entity, which through its Geothermal Resources Unit, is responsible for executing projects for the promotion of geothermal energy. One such project is the creation of geothermal favorability maps for low and very low enthalpy, made in the Region of Los Lagos and the Rivers of the country.

Geothermal Center of Excellence for the Andes (CEGA) - Its mission is to promote geothermal energy in Chile and the Andean countries by improving scientific knowledge. Its five main research fields are heat sources; fluid and isotopic geochemistry; heat-fluid-rock interaction; structural controls and geophysics; reservoir architecture and modelling. CEGA is also developing direct use pilot projects in the country, including the use of heat pumps, together with the Ministry of Energy.

Technical Assistance for Sustainable Geothermal Development Project for Chile - The project was approved in 2016 by the World Bank and it will close December 2021. It was designed to help the Government of Chile improve geothermal energy market conditions and regulatory framework by removing barriers with a $3.5 million grant.

Chile Geothermal Risk Mitigation Program (MiRiG) - The programme was established in by the government of Chile with the support of the Clean Technology Fund (CTF) in 2013 and the World Bank. It includes a risk mitigation component implemented by the Inter-American Development Bank and a Technical Assistance component implemented by the World Bank.

In 2019, the Ministry of Energy presented a bill to Congress that seeks to simplify the processing of permits for direct-use projects. 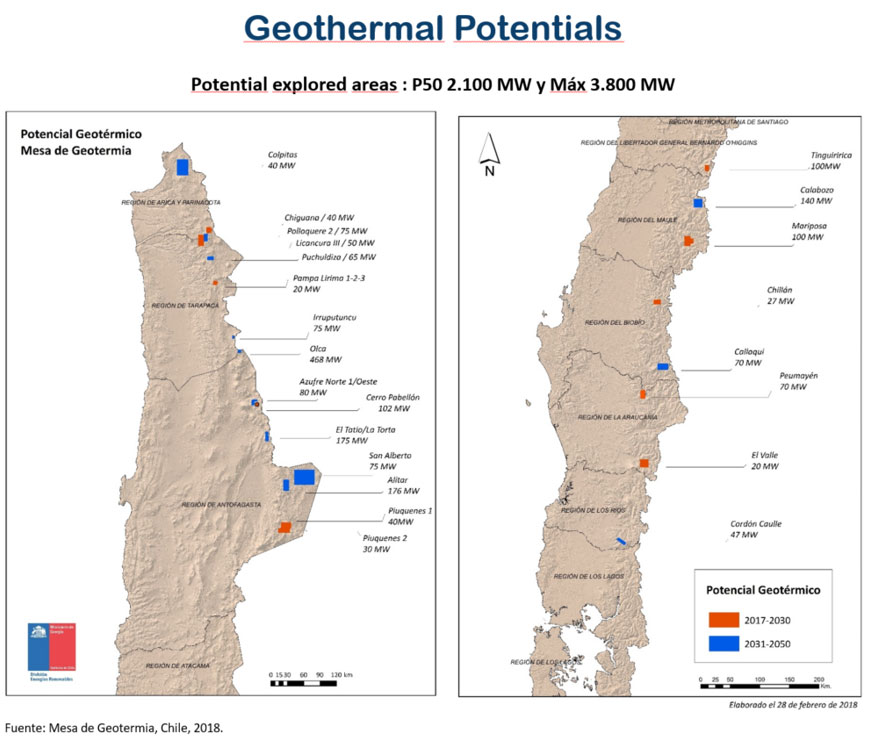